Sankofa African Dance and Drum Ensemble | Kids Out and About Ft. Worth 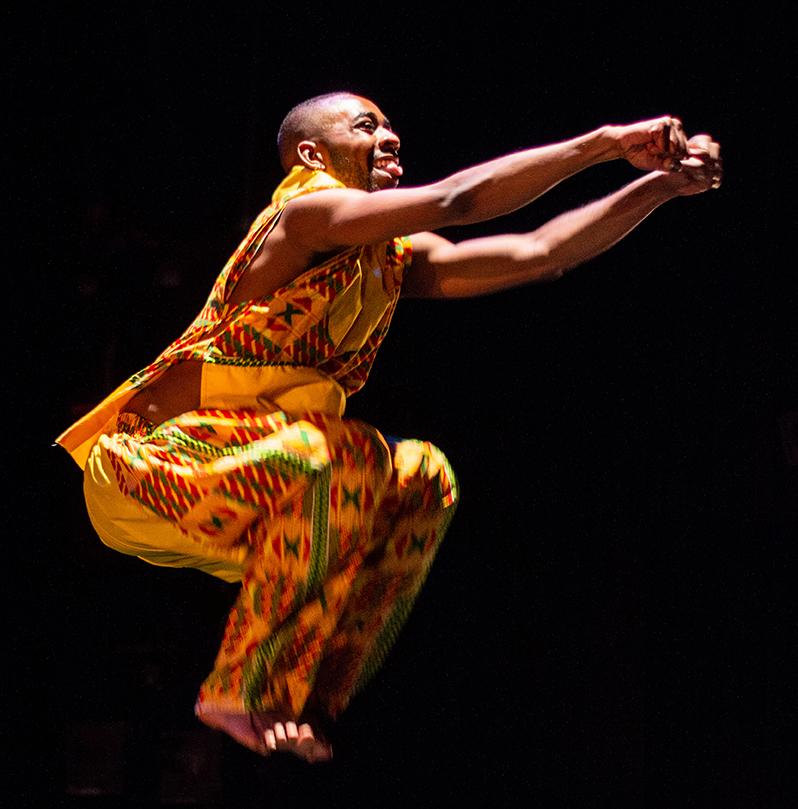 Much-Anticipated Sankofa Concerts Go Virtual Beginning May 1! Ballet Merveilles de Guinée Will Be Guest Artist
Click here for more information about this activity
Please help us keep this calendar up to date! If this activity is sold out, canceled, or otherwise needs alteration, email mindy@kidsoutandabout.com so we can update it immediately.

When this season began, there were several things that we all knew we would have to do without. The Department of Dance at SUNY Brockport was not willing to let their typical programming be one of them. It may look different, and be delivered differently than it was in the past, but the Sankofa African Dance and Drum Ensemble will premiere its annual concert virtually on Saturday, May 1, 2021 at 7:30 pm. The video will be available in an on-demand basis through May 22. Patrons may purchase tickets online ($10/General Audiences, $5/Students) at fineartstix.brockport.edu in order to receive the link and watch the concert at any time while the link is live. Donations will also be accepted at the ticketing site. Patrons may contact the Tower Fine Arts Center box office for guidance at (585) 395-2787.

This year’s concert will feature Ballet Merveilles de Guinée as guest artists. The Guinea-based company is committed to preserving and sharing Guinean tradition through performance. Sankofa’s artistic director, Jenise Anthony, relates that “this year’s concert is titled ‘Guinea Fare.’ Some people have used the pandemic as a time to withdraw, but we are maximizing the opportunity to extend our reach to international borders. The guest performance is offered to us in its rawest, most authentic form with the recording having taken place in Guinea. You can almost imagine yourself being there in person.”

The digital end product is not the only thing that is different about the Sankofa concert. Anthony recounted aspects of the process include “rehearsing with all the safety restrictions in place: mask-wearing, social distancing, frequent cleaning, etc. Protocols meant a change of performance space and masks that match the costumes. However—through it all—as an ensemble, we found new meanings to the words and ideals of community, support, and unity.”

The Sankofa company will appear in the first half of the concert, with the second half turned over to their guest artists. Anthony will be premiering a new dance, “Soko,” and re-staging her “Sorsornet.” Mouminatou Camara’s work “Sofa” will also be included in this production. If there is one regret for Anthony it is that, due to the pandemic protocols, “the traditional invitation to join us on stage during the finale is not possible but we still invite the viewers to join in the celebration of dance and music that we are presenting. The joy and excitement would be encouraged with virtual participation in Sankofa's final dance piece.”

About Ballet Merveilles de Guinée:
Founded in 1986, by the late, great Guinean choreographer, Mohamed Kemoko Sano, Ballet Merveilles de Guinée (Ballet Merveilles) is one of the first private performance troupes of the Republic of Guinea. For nearly 40 years, Sano’s reputation was built due to his direction of large prestigious music and dance groups throughout Guinea including the Prefectural Troupe of Macenta, founded in 1960, the African Ballets, and the Ballet National Djoliba, founded in 1973. He trained some of the best Guinean artists of the generation following Guinean independence in 1958. According to Sano, “an artist does not tire” and it is the fruit of these great experiences that prompted him to create Ballet Merveilles. Today, with more than 80 artists with varied backgrounds, this Conakry-based ensemble upholds the legacy of Sano as a vibrant dance, song, and percussion troupe that promotes the culture and art of Guinea through artistic and choreographic creations. The company performs works of Guinean tradition during national and international tours in order to contribute to the economic and socio-cultural development of Guinea. Ballet Merveilles has traveled throughout Ghana, Europe, the United States, Mexico, Columbia, Australia and, most notably, West Africa, where they participated in the second edition of the North-South International Festival of Cultural Exchange, in 2012. The company continues to develop a form of “refined” choreographic art and in the words of Sano, “… a living library, helping make our national folklore shine all over the world.”

Fine Arts Series at SUNY Brockport
*Times, dates, and prices of any activity posted to our calendars are subject to change. Please be sure to click through directly to the organization’s website to verify.