Hogwarts Academy | Kids Out and About Ft. Worth 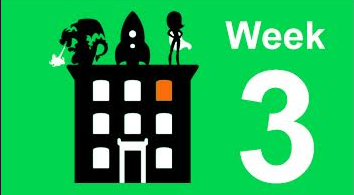 Immerse yourself in Harry Potter’s world by Zooming into Hogwarts classes through the Floo Network. Throughout the week, such classes as Herbology, Care of Magical Creatures, Charms, Transfiguration, Divination, History of Magic, and Defense Against the Dark Arts will get your creative juices flowing; and complementary writing exercises will spur your imagination. You will contribute to the magical newspaper The Quibbler, which will be published daily, earn house points, and enjoy adventures!
Click here for more information about this activity
Please help us keep this calendar up to date! If this activity is sold out, canceled, or otherwise needs alteration, email mindy@kidsoutandabout.com so we can update it immediately.

mmerse yourself in Harry Potter’s world by Zooming into Hogwarts classes through the Floo Network. Throughout the week,  such classes as Herbology, Care of Magical Creatures, Charms, Transfiguration, Divination, History of Magic, and Defense Against the Dark Arts will get your creative juices flowing; and complementary writing exercises will  spur your  imagination. You will contribute to the magical newspaper The Quibbler, which will be published daily, earn house points, and enjoy adventures! We’ll break for lunch from 12-1, with optional magical social time.

NOTE: Students must be familiar with all seven books/movies, as material from all seven years will be covered throughout the week.

NOTE: Writers & Books neither condones nor agrees with J.K. Rowling’s transphobic, social, and political views. Our faculty, staff, and students choose to celebrate the magic of the Harry Potter series and claim the stories as our own through critical and creative exploration of the text. Trans Lives Matter.

Jamie Bozek is excited to return to Hogwarts for another year! A teacher in the Brighton Central School District for 16 years, he teaches 3rd grade at French Road Elementary School. Previously, Jamie pursued an acting career in New York City. He lives happily in Pittsford with his wife Jennifer and his 3 sons Will, Ryan, and Henry.

David Broadnax is an aspiring writer and actor who enjoys all aspects of the creative process. He loves delving in the various realms of imagined possibility, and encourages all to try their hand at creative works whenever they can.

Sarah Brown is a writer, former Writers & Books staff member, and current Children & Family Experiences Librarian at Webster Public Library. She has a MS in Library and Information Science and wields it to spread her love and appreciation for stories to all ages. Join her in her mission!

Tracy Cretelle is a writer, puppeteer, teacher, and student who works as an instructional coach for English Language Learners and Multilingual Learners in the Rochester City School District. She writes poetry, fiction, and papers on social justice. She is currently conducting research using anti-racist methodologies in an effort to support initiatives that seek equitable access to education for all. Tracy is currently working on her EdD in Teaching and Curriculum at the Warner School of Education at the University of Rochester. Her idea of a perfect day is a day spent in creative collaboration with friends (of all ages) writing or imagining ways to make the world better.

Chris Fanning, Director of Communications, Special Events & Operations, began his career at Writers & Books as an intern over a dozen years ago while attending St. John Fisher College. He has worked as Promotions Coordinator for Entercom Radio and Associate Producer of the Key Bank Rochester Fringe Festival. A key contributor to developing SummerWrite’s Hogwarts Academy program in 2016, Chris enjoys a long history of fostering confidence and creativity in children in a variety of roles, including camp counselor, preschool teacher, and literary teaching artist.

Michelle LaVarnway received a Master of Science in Music Education from Nazareth College and a Bachelor of Music from SUNY Fredonia. She is a vocal music teacher in the Greece Central School District, the choir director at the First Presbyterian Church of Honeoye Falls, and a mom.

Tracy Nemecek is a Licensed Mental Health Counselor. As an undergraduate, she majored in Psychology and English, and discovered that bibliotherapy (the application of storytelling, reading, and literature as sources of healing) is the perfect nexus between her interests in people and stories. In her counseling work, she has applied bibliotherapy, cognitive-behavioral therapy, and psychoeducation to assist children, teens, and adults in both private practice and school settings to learn more about themselves; set and achieve realistic goals; and strengthen their coping skills.

Sara Bickweat Penner spent many years working in theatre in New York City, Chicago, regionally, and throughout the U.S. She has a MFA from The Actors Studio in New York and has worked with Ellen Barkin, Lee Grant, Arthur Penn, Elizabeth Kemp, Ron Leibman, and many others. She has worked in independent film and television, and as the student/talent liaison on Bravo’s Inside the Actors Studio. In Chicago, she co-founded Candentia Theatre Company. Sara has taught acting at the New York Film Academy, the Music Theatre Company in Chicago, at public and private schools throughout New York City, and currently at the University or Rochester and Finger Lakes Community College.

Alexa Scott-Flaherty is an actress, director, producer, and teacher. A proud member of Labyrinth Theatre Company in New York City, she works locally at Blackfriars, Geva Theatre Center, and The JCC Centerstage. She has worked as an actress in New York City at many theaters, including The Public Theatre, SoHo Rep, and PS 122; with the Royal Shakespeare Company of London; and The Shakespeare Theatre in Washington, D.C. Alexa is an adjunct lecturer at the U of R International Theatre Program; serves on the Key Bank Rochester Fringe Festival’s Board of Directors; and is an ensemble member of Impact Interactive LLC, a unique theatre-based training company in Rochester. Alexa has been actively involved with Writers & Books since 2009.

Katherine Varga is a playwright and freelance writer. Her plays have been featured in Geva Theatre’s Regional Writers Showcase, the Rochester Fringe Festival, Writers & Books’ 2 Pages/2 Voices festival, and on the University of Rochester campus; and have been performed in Chicago, Denver, and La Crosse, Wisconsin. She has served as a SummerWrite Coordinator and teacher for the past four summers, and is constantly amazed by the creativity of SummerWrite kids. MFA: Ohio University.

Writers & Books
*Times, dates, and prices of any activity posted to our calendars are subject to change. Please be sure to click through directly to the organization’s website to verify.