Shen Yun Performing Arts | Kids Out and About Ft. Worth 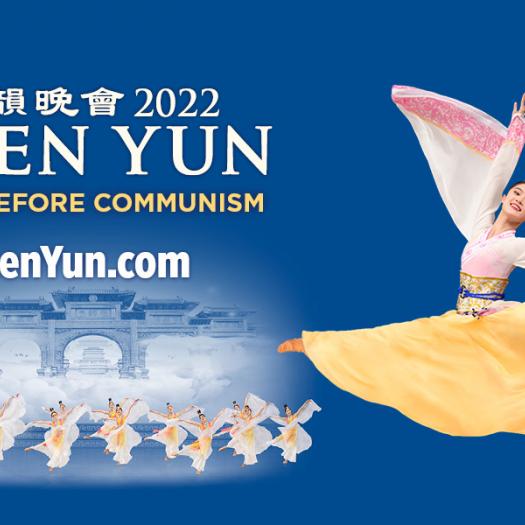 Shen Yun Performing Arts is a nonprofit organization based in New York. Its mission is to revive 5,000 years of traditional Chinese culture.
Click For More Information

Shen Yun Performing Arts is a nonprofit organization based in New York. Its mission is to revive 5,000 years of traditional Chinese culture. Traditional Chinese culture—with its deep spiritual roots and profoundly optimistic worldview—was displaced by communism in China. While Shen Yun cannot perform in China today, it is sharing this precious heritage with the world.

“Absolutely the greatest of the great! There is no word to describe it... If I had to, the words might be ‘divine,’ ‘reborn’ and ‘hope’. You have to see it to believe it.”

“This is the best I have ever seen. It was so uplifting. It spoke to everything that is good in this world.”

“It makes you dream of a heavenly world. It's really a balsam, a salve for the soul. It's something that really restores you, regenerates you."

“Seeing this gives me endless energy, will power. Incredible!”

“There was something pure and bright and very dignified about them. The show gave me a real sense of goodness and meaning in life.”

“I was filled with hope… The cares of the world were shed from my shoulders, I was uplifted… The world is a better place because of Shen Yun.”

“It’s one of the happiest evenings of my life. All my cares just disappeared, and I became one hundred percent positive-thinking. It’s the best I’ve ever seen.”

You have no education resources added; you can add one here.